COMPTON, Calif. — The shooting of two Los Angeles County sheriff’s deputies in an apparent ambush prompted a manhunt for the shooter, reaction from the president and protests outside the hospital where the wounded deputies were being treated Saturday night in California.

The 31-year-old female deputy and 24-year-old male deputy both underwent surgery Saturday evening, Sheriff Alex Villanueva said in a late-night news conference. Both graduated from the academy 14 months ago, he said.

The deputies were shot while sitting in their patrol car at a Metro rail station and were able to radio for help, the sheriff said. Villanueva, whose department has come under fire during recent protests over racial unrest, expressed frustration over anti-police sentiment as he urged people to pray for the officers.

The department shared video of the shooting in a Twitter post showing a person open fire through the passenger-side window of the patrol car.

“The gunman walked up on the deputies and opened fire without warning or provocation,” the department stated.

The video sparked thousands of reactions, including from President Donald Trump, who responded, “Animals that must be hit hard!”

Protesters gathered outside the emergency room at the hospital where the injured deputies were being treated.

“To the protesters blocking the entrance & exit of the HOSPITAL EMERGENCY ROOM yelling “We hope they die” referring to 2 LA Sheriff’s ambushed today in #Compton: DO NOT BLOCK EMERGENCY ENTRIES & EXITS TO THE HOSPITAL,” the sheriff’s department tweeted. “People’s lives are at stake when ambulances can’t get through.”

A radio reporter who was near the protest scene was taken into custody, KABC-TV reported. The sheriff’s department later tweeted that the reporter interfered with the arrest of a male protester.

“The female adult, who was later identified as a member of the press, did not identify herself as press and later admitted she did not have proper press credentials on her person,” the department stated.

Capt. Kent Wegener said officers were blanketing the area in search of the suspect seen on the video opening fire with a pistol. 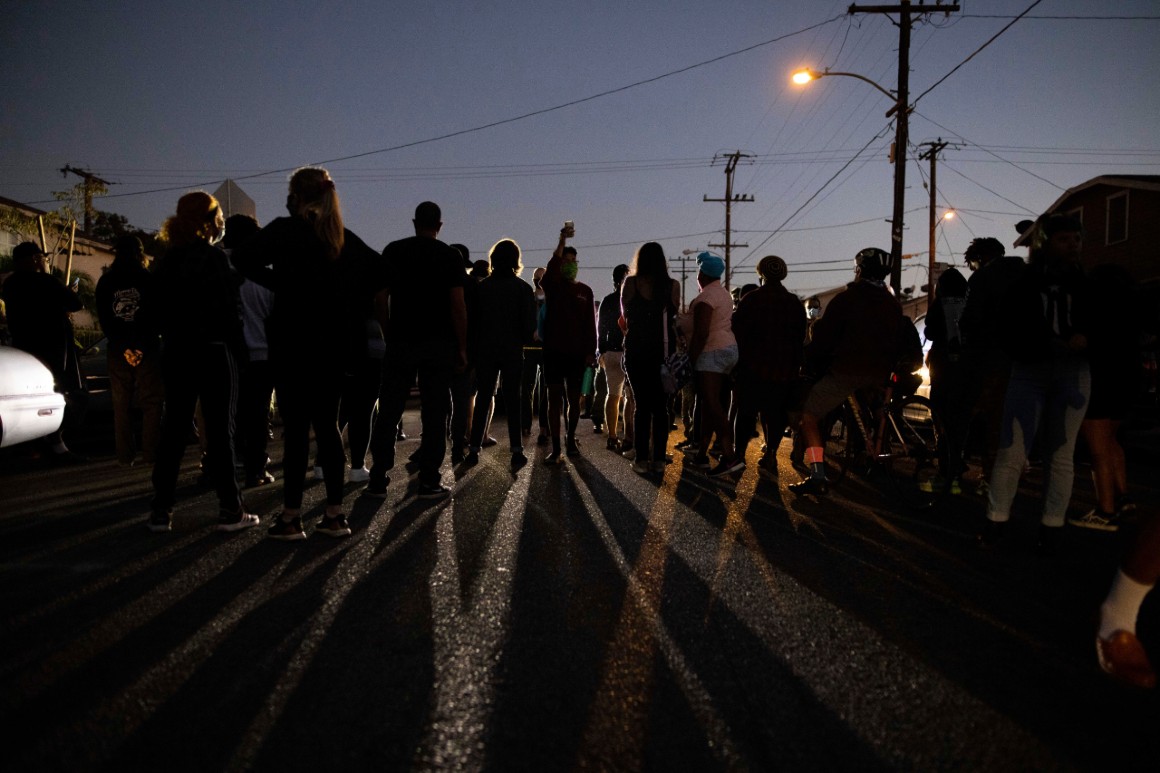