NBC, Under Fire for Trump Event, Faces a Big Test and Bad Memories

Stars and producers of hit NBC series — along with Rachel Maddow, the highest-rated anchor on MSNBC — have joined those assailing NBC News over its decision to air a town hall event with President Trump at 8 p.m. on Thursday, the same time ABC will offer a forum with his opponent, Joseph R. Biden Jr.

Ms. Maddow, one of the few NBC News anchors with the clout to publicly chastise the network’s executives, raised the issue on her Wednesday show, asking Mr. Biden’s running mate, Senator Kamala Harris, if she “was as mad as everybody else is that NBC is doing a town hall with President Trump tomorrow.” (Ms. Harris demurred.)

The anchor also called NBC’s scheduling decision “as odd as you think it is” alongside a graphic that said, “Apparently They Are Not Kidding.”

On Thursday, more than 100 actors and producers — including Sterling K. Brown and Mandy Moore, both of the NBC hit “This Is Us,” and Mariska Hargitay of the NBC staple “Law & Order: SVU” — sent a letter to NBC management calling the scheduling of the forum “a disservice to the American public.”

Inside the news division, some producers have invoked the ghost of NBC’s campaign-coverage past: the “Commander-In-Chief Forum,” a September 2016 prime-time special featuring back-to-back interviews with Mr. Trump and Hillary Clinton before an audience of veterans and service members.

The event was a ratings bonanza — nearly 15 million watched on NBC and MSNBC — but its moderator, Matt Lauer, a star “Today” anchor, was savaged by critics who said he had bullied Mrs. Clinton and deferred to Mr. Trump. Mr. Lauer is long gone from the network, and the NBC News chairman who oversaw the forum, Andrew Lack, left in May after a stormy tenure.

The division’s current leader, Cesar Conde, previously ran Telemundo and Univision. Mr. Conde, who has limited experience with the rough-and-tumble of political coverage, issued a statement on Thursday addressing the criticism.

“We share in the frustration that our event will initially air alongside the first half of ABC’s broadcast with Vice President Biden. Our decision is motivated only by fairness, not business considerations,” he wrote. “We aired a town hall with Vice President Biden on Oct. 5 at 8 p.m. If we were to move our town hall with President Trump to a later time slot, we would be violating our commitment to offer both campaigns access to the same audience and the same forum.”

Savannah Guthrie, a litigator and a White House correspondent before she became an anchor on “Today,” will be the moderator, overseeing a group of inquisitive Florida voters while keeping tabs on a president who regularly lobs falsehoods and smears. The fallout from NBC’s scheduling decision suggests that viewers may be on high alert for any hint of a mistake.

As Ms. Guthrie prepared for her hot-seat moment, one of her “Today” predecessors declared that NBC had made the wrong call. “Having dueling town halls is bad for democracy — voters should be able to watch both and I don’t think many will,” Katie Couric wrote on Twitter.

Privately, anchors and producers inside NBC News said they were perplexed, and in some cases dismayed, by the decision to schedule Mr. Trump against Mr. Biden. They expressed pride in their coverage of Mr. Trump’s tenure, particularly given the president’s frequent taunting of MSNBC (“MSDNC”) and its parent company, Comcast (“Concast”).

At a rally in North Carolina on Thursday afternoon, Mr. Trump continued his attacks on Comcast, as well as the “NBC Nightly News” anchor Lester Holt, the “Meet the Press” moderator Chuck Todd and Ms. Guthrie.

Of the town hall, Mr. Trump said, “They asked me if I’d do it, and I figured what the hell? We’ll get a free hour of television.”

A correspondent from the news division, Kristen Welker, was chosen to moderate the presidential debate scheduled for next week, making this the second presidential campaign in a row when an NBC journalist took charge of a general-election matchup. Producers said the scheduling snafu was an unwelcome reminder of the network’s missteps in the 2016 campaign.

In addition to Mr. Lauer’s forum, the news division faced criticism for allowing The Washington Post to scoop it on the notorious “Access Hollywood” tape that showed Mr. Trump bragging about sexually assaulting women; NBC News had obtained a copy of the video days before it was made public.

The NBC comedy franchise “Saturday Night Live” was also criticized for allowing Mr. Trump to host the show in November 2015, during the run-up to the Republican primaries, and Jimmy Fallon has never quite shaken the moment when he tousled Mr. Trump’s hair on “The Tonight Show” in September 2016.

Given Mr. Trump’s recent contraction of the coronavirus, NBC executives had made clear to his campaign that they needed independent proof that he would not be contagious — a tall order, since White House doctors had repeatedly declined to provide details on his health.

NBC officials persuaded the campaign to submit the president’s medical data to a clinical director at the National Institutes of Health, which collected a coronavirus test and reviewed information provided by the White House physician, Dr. Sean P. Conley.

The review was assisted by Dr. Anthony S. Fauci, the nation’s top infectious-disease expert, and it amounted to the first quasi-independent assessment of Mr. Trump’s condition — what NBC considered a small journalistic coup.

NBC said it merely wanted to give Mr. Trump the same playing ground that Mr. Biden was offered at a town hall on Oct. 5, also an outdoor event in Miami that aired at 8 p.m. Eastern. Mr. Biden’s ABC forum on Thursday, however, had been scheduled several days before NBC announced its event with Mr. Trump.

The Biden forum last week had hiccups, too. Though NBC billed the event as one with “undecided” voters, three of the people who asked Mr. Biden questions had previously appeared on NBC programs expressing a preference for him, the right-leaning Washington Free Beacon revealed.

For Thursday, NBC promised a Trump event featuring “a group of Florida voters” — with no mention of their political leanings. 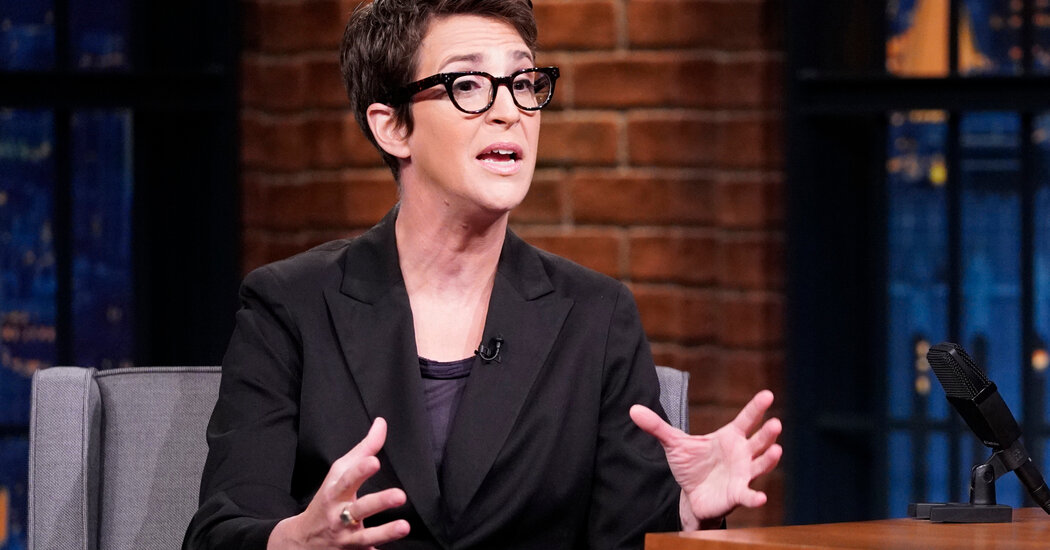