As prime minister, Ardern inspired love and trust; now she has to do something with it

And the winner is … New Zealand. It was the happiness election – Covid fizzled out, lockdown was released, and a sense of gratitude and sheer joy buoyed Jacinda Ardern through a long campaign to Saturday’s landslide victory.

“Let’s keep moving,” Labour’s campaign slogan urged, but in reality it was much more a case of: “Let’s stick with what we’ve got, so actually let’s not, you know, move”. The alternative – National’s Judith Collins – was too appalling a prospect.

Labour will govern with the Greens in either a bona fide or a faux coalition. National, too, is allied with a party which operates as its moral conscience. The Act party will line up on the opposition benches as National’s junior partner with little experience – it has nine new MPs – but the advantage of a popular leader, David Seymour, who can be sure of staying in the job.

It will make for a fascinating parliament and the mandate presents Ardern with a clear opportunity to really make a mark and prove herself as the one thing she talks about the most, and her supporters want the most: transformative.

Her win in 2017 was courtesy of her coalition partner, New Zealand First. The chalice wasn’t exactly poisoned but it prevented Labour from achieving any radical change in its first term. New Zealand First took pride in its position as a handbrake; Labour had to grin and bear it, although the smile wore thin.

With New Zealand First being voted out on Saturday it was the end of an era for its veteran leader, Winston Peters, but maybe the start of a meaningful era for Ardern.

Who cared about political manoeuvrings and all that kind of thing on the campaign trail? In 2017, Jacindamania was fresh and exciting; in 2020, a deeper, actually profound version of Jacindamania was evident as she was mobbed in town after town. I witnessed it at an Auckland mall on Friday when she arrived for her final day of campaigning. There was singing, applause, a thousand selfies. The police had to be called in to help her security detail move through the crowds. There was something special about the feeling for her, and it reminded me of something Ardern said when I appeared alongside her at a Labour party event about five years ago in an Auckland pub.

It was a strange night. I was asked to talk about how I viewed Labour as a journalist. The party was in the doldrums back then, lurching from one unpopular leader to the next, and I muttered something along the lines of viewing Labour as a hopeless case. Ardern sat on a barstool in the middle of the room. She was considered a rising star and although she’d lost two elections as the candidate for Auckland Central, there was a strong sense from the Labour faithful that they wanted her to come out with a rallying cry, or some sort of inspiring vision statement.

She talked a lot but didn’t have an awful lot to say and the event was a bit flat. There was one thing she said, however, that attracted a ripple of interest: she wished that Labour’s message was about love. I think I looked at her as if she were crazy. This was politics. What’s love got to do with it?

Five years later, the feeling I saw directed at Ardern at the mall was exactly that: love. As prime minister, she’s inspired it, and she’s earned it. People called out: “I love you!” They looked so happy. It was the same last week at a mall in Hamilton, where the crowds included 68-year-old teacher Mohammed Rauf.

He called out: “Jacinda we love you, come over here!” Rauf later told the New Zealand Herald: “She looked at me and waved. That was one of the greatest moments I’ll ever remember.” Hamilton has long been a safe National seat but both its electorate MPs were swept aside by Labour candidates on Saturday.

Hundreds of people also gathered outside Ardern’s house on election night, waiting for her to come out on her way to give her victory speech. Her partner, Clarke Gayford, offered plates of cooked fish and venison to the gathered media. The crowd included a few dozen kids, many of them aged nine or 10. Young kids out after dark, desperate to catch a glimpse of a politician …

Much of the world envies New Zealand for having Ardern as its prime minister and wishes she was in charge of their country. The 2020 election has been about New Zealanders recognising the good luck that she’s ours. Well, not every New Zealander. Haters gonna hate, and a seething, bitter dislike is felt by many ordinary Kiwis towards Ardern. They see her as a phoney and a lightweight filled with excruciating talk about kindness, and besides that she is a second-rate politician who will hold back New Zealand’s chances of a post-Covid economic recovery.

That resentment is only going to intensify as Labour begins to fully exercise its power. About 600 workers lost their jobs at The Warehouse last week. The wage subsidy has run out. Tourism is only domestic; apart from a few exemptions, no one from overseas is going to arrive in New Zealand for a long time.

“We have a plan,” Ardern chanted throughout the campaign. She said New Zealanders had trusted her government to handle Covid and now she was asking them to trust her government to lead the country out of the ruins imposed by lockdowns and border closures. She has that trust and now the work begins to do something with it. 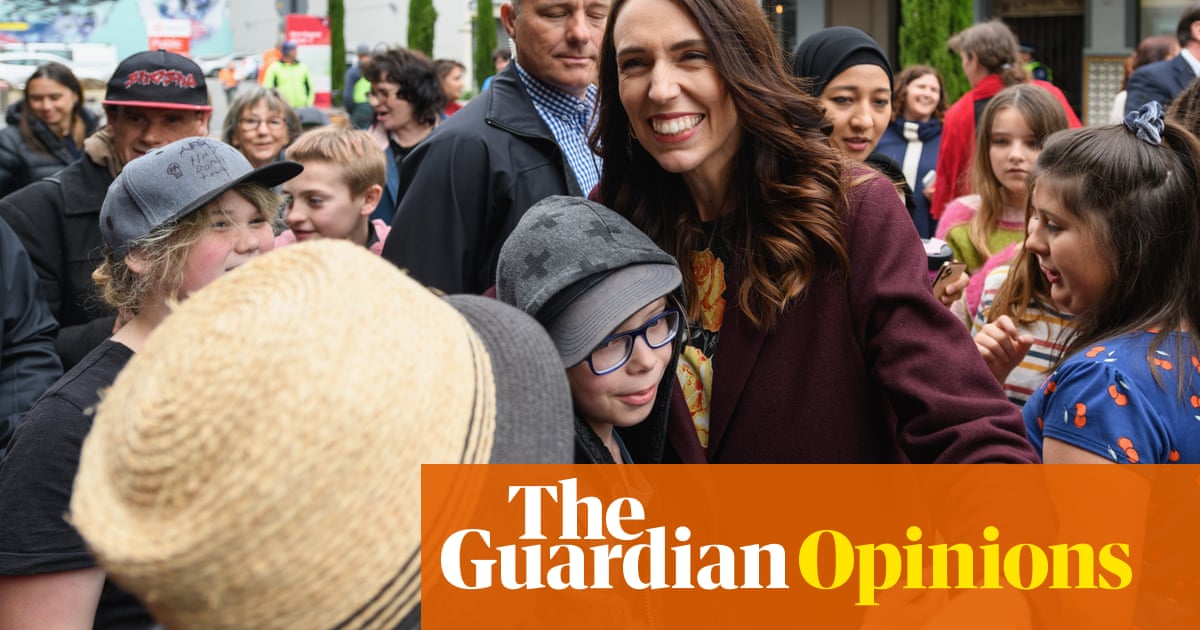 Global news – FI – How to watch Mönchengladbach vs Real Madrid

Global news – FI – How to watch Mönchengladbach vs Real Madrid

19 American Halloween Customs That Confuse The Heck Out Of Aussies