Rationing plans for coronavirus tests in England will prioritise NHS patients, staff, care homes and key workers – especially teachers – as the government grapples with the surge in demand.

Whitehall sources said the tiered system for booking tests would follow a similar pattern to testing at the beginning of the pandemic, with NHS patients with respiratory conditions at the top of the list and health care staff and those who worked in education also prioritised.

A new strategy is due to be published next week, detailing efforts for more laboratory capacity and faster testing results, and the prioritisation list for testing should be published within days.

A Whitehall source said No 10 had made it clear that keeping schools open should be a priority. “The PM has been pretty clear on that, they will be on the list,” the source said. Officials said the strategy would follow “the same pattern” rolled out earlier in the year, when more testing capacity became available, with teachers a priority out of key workers.

A lire aussi
Ruth Bader Ginsburg Live Updates: The Justice Is the First Woman to Lie in State at the Capitol

It is understood the government is still debating whether to increase enforcement of test rationing, including requiring people to prove they are, for example, NHS workers before obtaining a test.

There is concern that significantly changing the booking system to make it more difficult to book a test could ultimately hinder efforts to contain the virus, and strict enforcement could quickly become unnecessary if more laboratory capacity were opened.

“At the moment there are very few barriers to getting a test and the flipside is, ‘prove you’re a care home worker’,” one Whitehall source said. “That might serve well if we need to significantly decrease demand even further, but if our capacity increases again, which it will soon, then we don’t want those burdens.”

Boris Johnson, appearing before the Commons liaison committee, conceded that there was not enough testing capacity and that “many people are deeply frustrated”. He said the much-touted plan for a return to greater normality through the mass use of new, near-instant tests was “a long way off”.

The prime minister reiterated his promise to increase daily capacity to 500,000 tests by the end of next month. “We don’t have enough testing capacity now because, in an ideal world, I would like to test absolutely everybody that wants a test immediately,” he said.

The education secretary, Gavin Williamson, told officials to open a hotline on Wednesday to allow schools to order ring-fenced test kits directly, to circumvent the blockages in the public system that could mean weeks of missed lessons if pupils showing symptoms were unable to get a test. Schools were provided with 10 testing kits at the start of term, but will now be able to order more from a Department for Education hotline.

Robert Halfon, chair of the education select committee, said testing capacity should be directed towards keeping schools open. “Whatever happens, pupils must stay in schools and keep learning,” he said. “We have to guarantee enough testing kits for schools and a 48-hour turnaround. If there is going to be rationing, schools must be a priority.”

Halfon’s call echoed that of the justice secretary, Robert Buckland, who said: “For me, priority should be for children in school and their parents in order to make sure that their lives are safe and also, importantly, they are not disrupted in the way we are seeing.”

Ministers are hoping the prioritisation list will stop the backlog of testing spiralling even further out of control before new laboratory capacity becomes available and the winter flu season begins.

On Wednesday, Prof Andrew Hayward, the director of University College London’s institute of epidemiology and health care, told BBC Radio 4’s Today programme that in the winter he would expect about half a million people a day to develop symptoms typical of Covid, even in a year without a pandemic. “We would expect the demand and the capacity to need to rise quite rapidly over the autumn and winter as the number of people who develop symptoms that could be Covid increase,” he said.

The shadow health minister, Justin Madders, said: “This is taking us back, months back to April, May time when there was rationing in place and really it is a complete embarrassment that we’ve gone back to this.

“I think it’s an issue of basic competence. It should have been anticipated that there would be an increase in demand when schools were going back and the government were encouraging people to go back into work. The biggest concern is that if we end up in a situation where not everyone can get tests, then the contact tracing system isn’t going to work because you don’t get into the system unless you’ve had a test.” 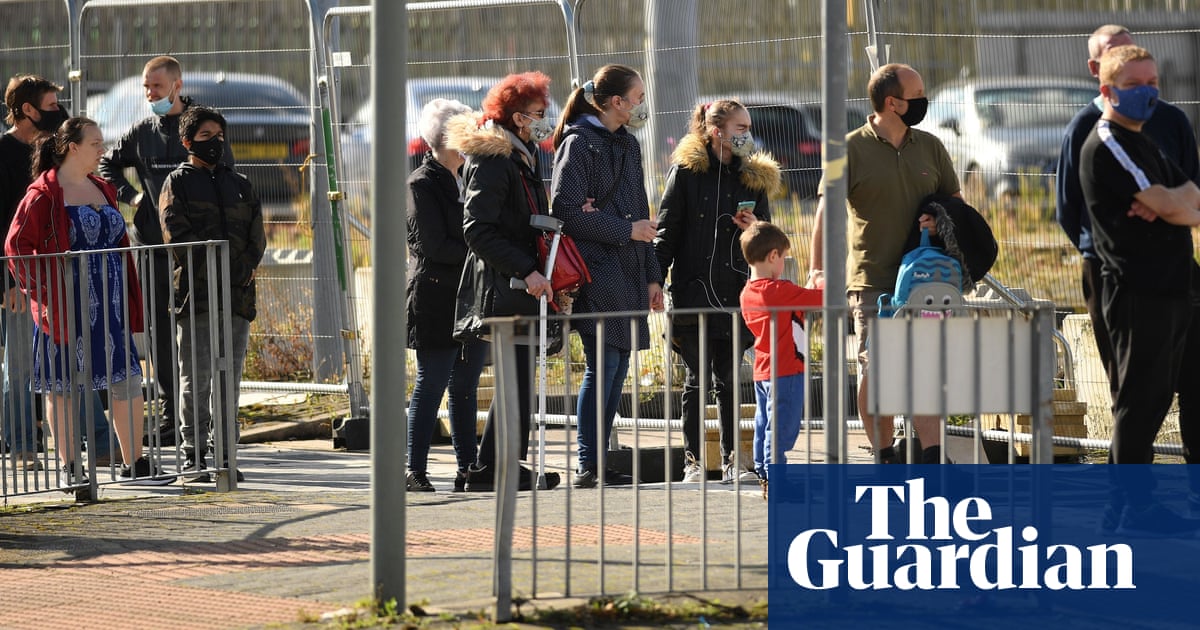 On the 2020 campaign trail: Where are the presidential candidates today?

On the 2020 campaign trail: Where are the presidential candidates today?