Republican leader Mitch McConnell has insisted there will be an “orderly” post-election transition – something the president has cast doubt on.

Mr McConnell said regardless of who wins the 3 November presidential election, there will be a peaceful inauguration on 20 January.

A day earlier, President Donald Trump refused to commit to this, saying “we’ll have to see what happens”.

The president currently trails his challenger, Democrat Joe Biden, in national opinion polls with 40 days to go until the election.

As many more Americans will be casting their votes by post this year due to the pandemic, Mr Trump has been questioning the security of this mail-in ballot system.

Every losing presidential candidate in modern times has conceded. If Mr Trump were to refuse to accept the result of the election, it would take the country into uncharted territory.

Mr Biden has suggested that should this happen, the military could remove Mr Trump from the White House.

“The winner of the November 3rd election will be inaugurated on January 20th,” Mr McConnell tweeted on Thursday.

“There will be an orderly transition just as there has been every four years since 1792.”

Senator Mitt Romney offered a more critical response on Wednesday, saying “any suggestion that a president might not respect this Constitutional guarantee is both unthinkable and unacceptable”.

Mr Trump was asked by a reporter on Wednesday evening if he would commit to a peaceful transfer of power “win, lose or draw” to Mr Biden.

“I’ve been complaining very strongly about the ballots,” Mr Trump said. “And the ballots are a disaster.”

Back in 2016, Mr Trump also refused to commit to accepting the election results in his contest against the Democratic candidate, Hillary Clinton, which she characterised as an attack on democracy.

He was eventually declared the winner, although he lost the popular vote by three million, an outcome he still questioned.

Democratic Speaker of the House Nancy Pelosi, the third most powerful politician in Washington, told reporters on Thursday that she was not surprised at Mr Trump’s earlier remarks.

Speaking to reporters in Delaware, Mr Biden said Mr Trump’s comments on the transition of power were “irrational”.

The Democrat’s team also said “the United States government is perfectly capable of escorting trespassers out of the White House”.

Mr Biden has himself been accused by conservatives of stoking unrest over the election by saying in August: “Does anyone believe there will be less violence in America if Donald Trump is re-elected?”

Last month, Mrs Clinton urged Mr Biden this time not to concede defeat “under any circumstances” in a close race on election night.

She raised the scenario that Republicans would try “messing up absentee balloting” and mobilise an army of lawyers to contest the result.

Doubts about the fairness of November’s vote come as another high-stakes political battle is fought – on whether or not to appoint a new Supreme Court justice before the election.

Wages will be topped up for six months, but chancellor says it is “impossible ” to say how many jobs will be saved. 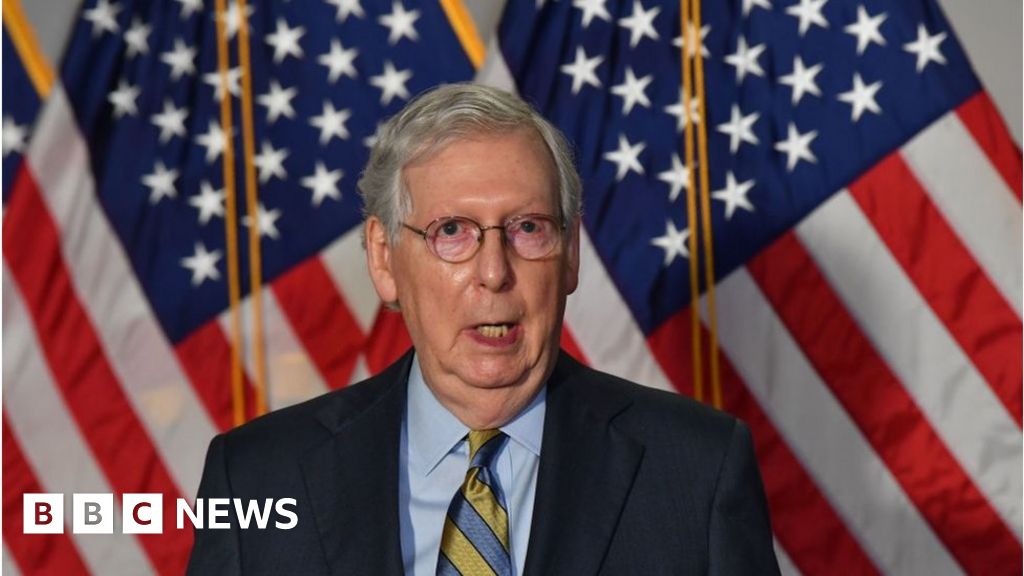