Thousands of students in isolation at 20 UK universities

Students at Glasgow University, where 600 have been told to lock down, complain of lack of support

Thousands of students have been forced to go into isolation within days of campuses reopening, as ministers refused to rule out keeping them away from home over Christmas to stop the spread of Covid-19.

As cases spread, students were confirmed to be in self-isolation at 20 universities across the UK.

An outbreak of more than 100 confirmed cases at the University of Glasgow led to at least 600 students being told to self-isolate on Wednesday night after they returned for the start of the academic year ahead of students in England and Wales.

The outbreak is said to have originated from socialising during the city’s freshers’ week starting on 12 September. Parents complained about a lack of support for their children, including first-year students living away from home for the first time.

Institutions in Aberdeen, Edinburgh and Dundee have also confirmed infections among students, with 500 in Dundee in self-isolation. The University of Liverpool reported 87 confirmed cases and Manchester Metropolitan University more than 30.

Matt Hancock, the health secretary, refused to rule out requiring students to remain on campus over the Christmas and new year period in the event of further outbreaks, telling the BBC: “We just have to work on all contingencies at this stage. I know that people understand it’s an unprecedented crisis and so we do have to work on contingency plans.”

The Guardian reported this month that the government’s Scientific Advisory Group for Emergencies (Sage) told ministers that universities were highly likely to have “significant outbreaks” in the coming weeks, and that they needed to be prepared.

“Peak health impacts of these new infections and outbreaks they spark would coincide with the Christmas and new year period, posing a significant risk to both extended families and local communities,” Sage warned.

In England, the government’s guidelines for higher education allow for students to be confined to their halls of residence in the event of local outbreaks, including over Christmas.

“Talking right now about things like students not being allowed home for Christmas, that is not helping anybody. We all have to work right now to make sure that we cope with this infection virus in the best way possible,” Sturgeon said in the Scottish parliament.

Glasgow University confirmed that a mobile testing centre would be set up at the Murano student village, one of the two residences where students are self-isolating, and that student unions would be shut this weekend.

The university told the Guardian that staff were checking in with each flat and providing emergency food if needed, but students and parents raised concerns on social media that this was not happening fast enough.

A number of parents told the Guardian that, other than receiving an email telling them to self-isolate, their children had not received any further welfare support. One explained that his first-year daughter was in Murano halls, isolating in a shared flat of 10 after two of her flatmates tested positive on Tuesday.

“They have not been contacted by anyone from the university since the email telling them to isolate. The comments by University of Glasgow on the news suggesting they are in some way supporting the student households are very misleading,” he said.

“Where is the duty of care? Meanwhile, the university take almost £600 per month per student for rent.”

Sturgeon said the Scottish government would soon set out further measures to ensure guidance was “rigorously implemented” on campus and in student accommodation, following continuing discussions with university vice-chancellors. She said that it was important that students “understand their obligations but also that universities are properly supporting them”.

Sturgeon was pressed repeatedly by opposition leaders on whether testing capacity was coping with the rise in demand.

“The fact that we do have a number of positive cases identified, and I would expect that to increase, and a number of students being asked to isolate, is test and protect working. That’s a difficult thing when numbers are as they are but it does show that system is working,” Sturgeon said.

News – Thousands of students in isolation at 20 UK universities 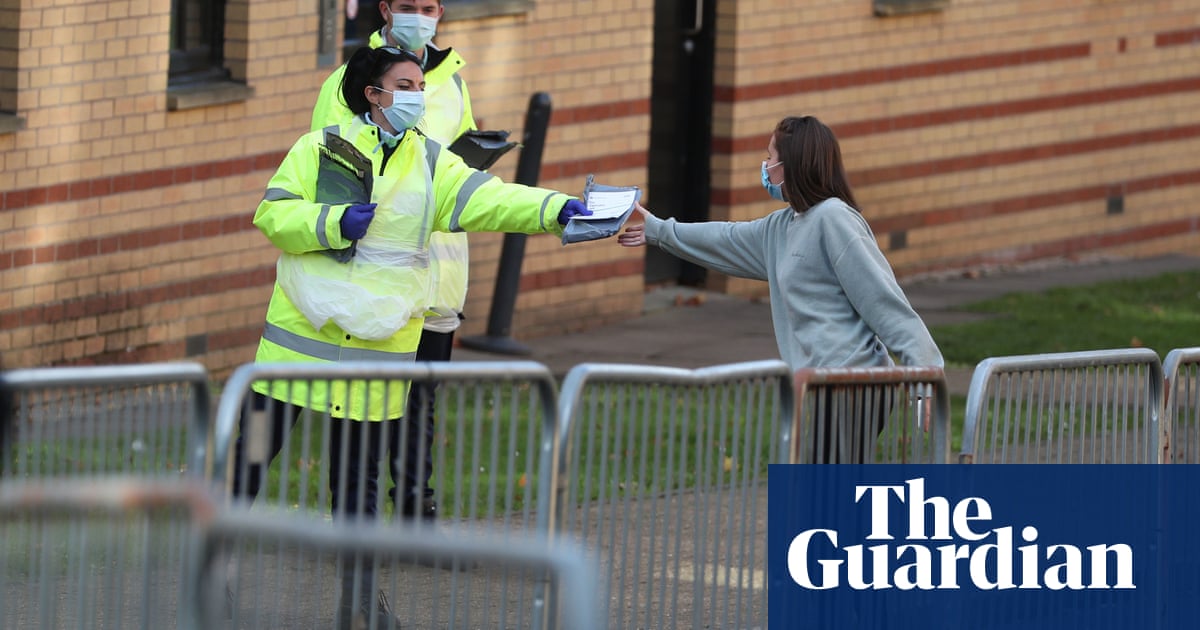