Donald Trump was greeted with jeers and boos on Thursday as he visited the late supreme court justice Ruth Bader Ginsburg’s flag-draped coffin in Washington.

The crowd at the bottom of the steps to the famous supreme court building near the US Capitol, gathered to honor the liberal justice as she lies in repose, had a seemingly visceral reaction as the president turned up.

Trump, wearing a black face mask and accompanied by Melania Trump, stood near the casket at the marble court building amid clearly audible, loud booing from many assembled.

As the president and the first lady paused at Ginsburg’s casket, the crowd yelled, “Vote him out!”

The moment highlighted the public flashpoint Ginsburg’s death has become ahead of the November 3 presidential election, especially as Trump rushes to fill her seat in a move Democrats have decried as treacherous and hypocritical after Republicans blocked Barack Obama’s nominee for the court 10 months before the election in 2016.

Ginsburg, appointed by Democratic president Bill Clinton in 1993, was an icon for liberals, especially as the court grew increasingly conservative.

Her death has sparked a renewed push by Democrats to get people to the polls in November, and an outpouring of campaign donations.

Before the 2016 election that made Trump president, Ginsburg criticized him publicly, calling him “a faker” in one interview. Trump responded by writing Ginsburg’s “mind is shot” on Twitter. She later apologized.

Trump has drawn criticism in recent days for not honoring Ginsburg’s wish at the end of her life, dictated in a statement to her granddaughter, that she be replaced by the next president.

This is also not the first time that Trump has been booed while making a public appearance in Washington.

A lire aussi
Parents Are Worried About Schools. Are the Candidates?

When Trump attended a Washington Nationals game last October, during the House impeachment inquiry, the crowd booed and chanted, “Lock him up.” 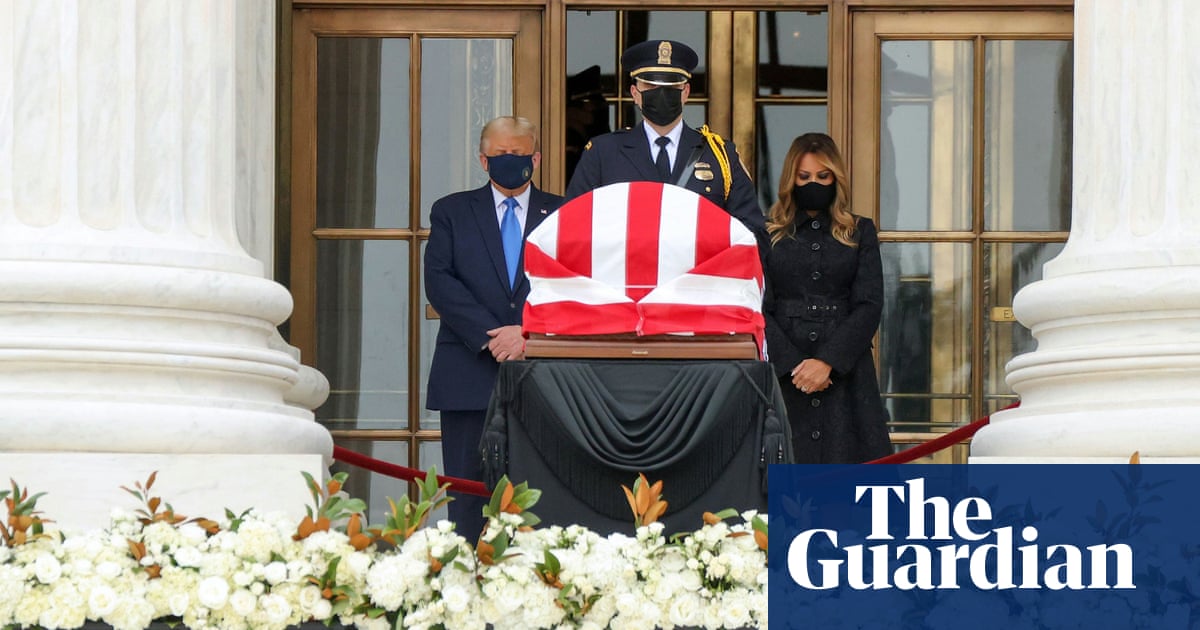