The shooting of two Los Angeles county sheriff’s deputies in an apparent ambush prompted a manhunt, strong reaction from Donald Trump and protests outside the hospital where the wounded deputies were treated.

The deputies were shot while sitting in a patrol car at a Metro rail station, around 7pm and not far from the the Compton sheriff’s department. They were able to radio for help, Sheriff Alex Villanueva said.

“The gunman walked up on the deputies and opened fire without warning or provocation,” the department said. Video of the shooting showed a person open fire through the passenger-side window.

The 31-year-old female deputy and 24-year-old male deputy both underwent surgery, Villanueva said, adding that both graduated from the academy 14 months ago.

The video sparked a strong reaction from the president, who tweeted: “Animals that must be hit hard!”

On Sunday morning, from Nevada, Trump added: “If they die, fast trial death penalty for the killer. Only way to stop this!”

Governor Gavin Newsom announced a death penalty moratorium in March last year, a temporary reprieve for 737 inmates on death row in the state.

Protesters gathered outside the emergency room at the hospital where the injured deputies were being treated.

“To the protesters blocking the entrance & exit of the HOSPITAL EMERGENCY ROOM yelling ‘We hope they die’ referring to 2 LA Sheriff’s ambushed today in Compton: DO NOT BLOCK EMERGENCY ENTRIES & EXITS TO THE HOSPITAL,” the sheriff’s department tweeted. “People’s lives are at stake when ambulances can’t get through.”

Villanueva, whose department has come under fire during protests over racism and police brutality this summer, expressed frustration over anti-police sentiment.

Speaking to CNN’s State of the Union on Sunday, LA mayor Eric Garcetti said: “Of course there’s an important conversation going on about policing in this country, but these are folks who put their lives on the line for us, and we will find justice for them. And I pray for their recovery … and I hope that everybody listening today will unify.”

A radio reporter near the protest was taken into custody. The sheriff’s department said the reporter interfered with the arrest of a male protester.

“The female adult, who was later identified as a member of the press, did not identify herself as press and later admitted she did not have proper press credentials on her person,” the department stated.

Reporter Josie Huang said she was released from county jail on Sunday morning.“I have seen [the sheriff’s department’s] tweets and have thoughts and videos to share soon after a little rest,” she wrote on Twitter.

Capt Kent Wegener said officers were blanketing the area in search of the suspect seen on the video opening fire with a pistol. 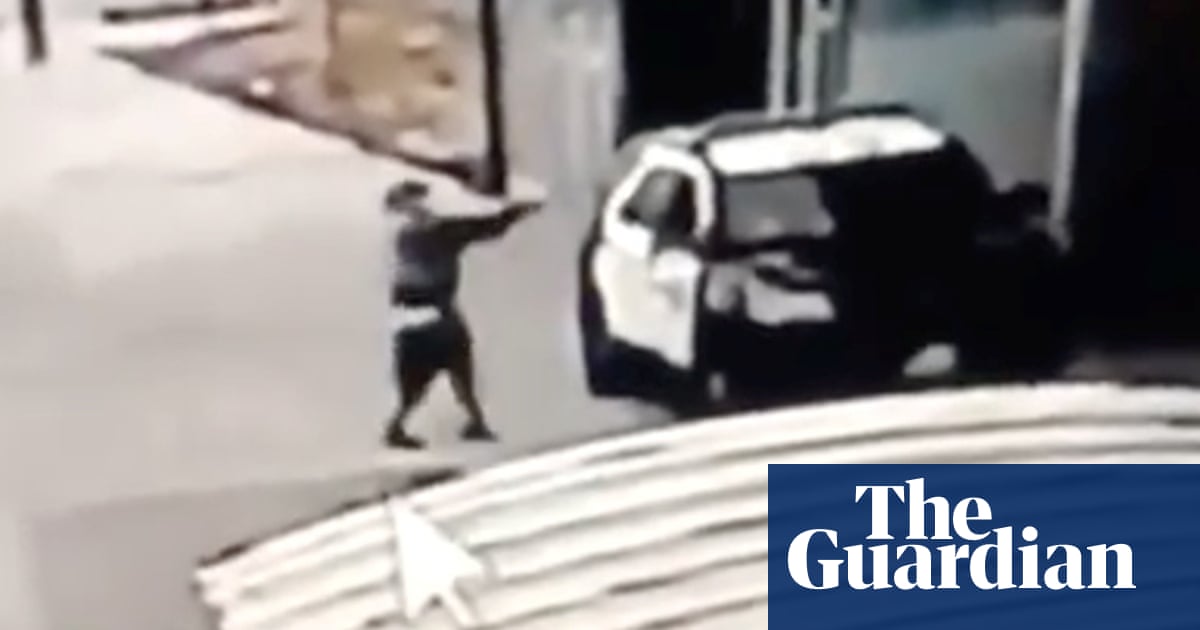