Sep 24, 2020 A Seattle Cop Was Caught On Video Rolling His Bicycle Over A Fallen Person's Head During Breonna Taylor Protests

The Seattle Office of Police Accountability has requested for a criminal investigation into the actions of the officer.

The Seattle Office of Police Accountability has asked for a criminal investigation to be conducted after a video showed a Seattle police officer rolling his bicycle over the head and neck of a person lying on the ground during Breonna Taylor protests in the city on Wednesday night.

Widespread protests broke out in Seattle and across the nation over the lack of charges against the Louisville police officers involved in killing 26-year-old Taylor in Kentucky.

The video, which was widely shared on social media, was a clip from a Facebook live video of the Seattle protests taken by independent live stream journalist CJ Halliburton.

The video shows a line of Seattle bike officers charging towards protesters. One of the officers walks his bicycle towards a person lying down on the street. It is unclear if the person on the ground was injured at the time.

The video shows the officer rolling the front and back tires of his bicycle over the head and neck of the fallen protester. The officer then slams his bicycle into another protester while two other officers behind him crouch towards the man on the ground.

Joey Wieser, who also witnessed the incident, shared his video on Facebook saying, “I just watched a #SeattlePolice officer run over a protester‘s head with a bicycle tonight. And for no apparent reason other than to be cruel.”

In the video, Wieser is heard yelling, “That officer ran over that person’s head with their bicycle wheel.”

The Seattle Police Department said earlier that they were aware of the video and that the incident would be investigated by the Office of Police Accountability (OPA).

After reviewing the video early Thursday, the OPA requested for a criminal investigation to be conducted into the actions of the officer, an OPA spokesperson told BuzzFeed News.

OPA has asked for the investigation to be conducted by an outside law enforcement agency and the Seattle Police Department agreed, the spokesperson said.

Police said they arrested 13 people during protests Wednesday night for “charges ranging from property destruction, resisting arrest, and failure to disperse as well as assault on an officer.”

Police accused protesters of throwing explosives at officers and alleged that bike officers were assaulted with bottles and rocks while they attempted to arrest protesters. The police said that multiple officers were injured. 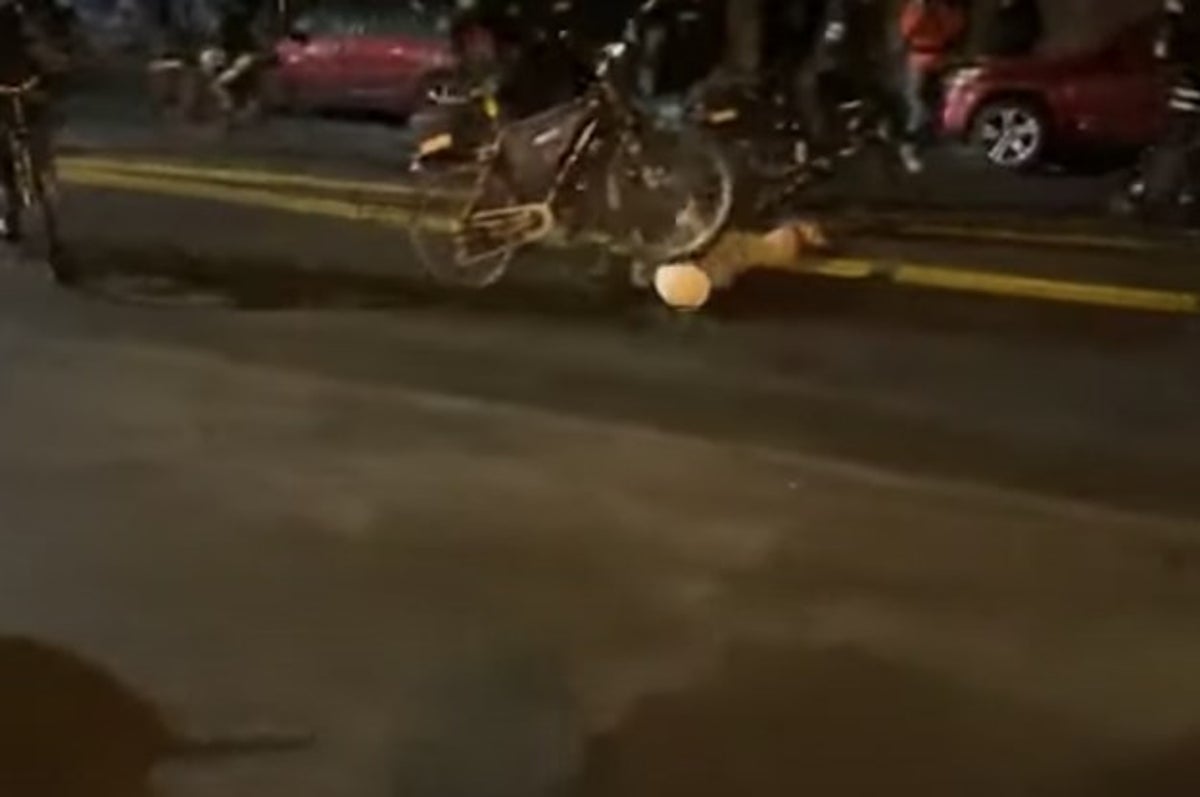