The Supreme Court will hear arguments on whether Obamacare is unconstitutional in November when three Trump appointees could hold the balance of power.

WASHINGTON — The fight to replace the late justice Ruth Bader Ginsburg on the Supreme Court could determine whether Obamacare is repealed next year, potentially stripping tens of millions of people of their health insurance during a global pandemic.

After Republicans in Congress failed to repeal the Affordable Care Act in 2017, 20 red state attorneys general led by Texas launched a lawsuit to have the law overturned by the courts. The case is scheduled to go before the Supreme Court for oral arguments on November 10, one week after the election. A decision could come in the first half of 2021.

Obamacare defenders had hoped that the four Democrat-appointed Supreme Court justices along with Chief Justice John Roberts would quash the Republican suit. Roberts previously voted with the liberal wing to uphold the ACA in 2012. But Ginsburg’s death Friday changes that calculus dramatically.

Senate Majority Leader Mitch McConnell has already said he will put forward a Trump nominee to replace Ginsburg on the court. If Republicans are successful, the ACA’s fate could be decided by a majority made up of three Trump appointees — with Justices Brett Kavanaugh, Neil Gorsuch already on the bench — plus Samuel Alito and Clarence Thomas, who make up the rightmost flank of the court.

Progressive activists are now gearing up to try to make health care the centerpiece of the election, similar to the 2018 midterms when Democrats took back the House running prominently on the argument that Republicans would take away protections for people with pre-existing conditions.

Woodhouse said the best way to preserve the ACA is for Democratic nominee Joe Biden and Senate Democrats to run hard on health care and win. “If after that [Republicans] still go down this repeal path then they’re signing their political death certificate for years to come,” he said. “So we’ve got to make this a health care election.”

“Voters understand: the next Justice who goes on the Court will decide whether or not they will still have protections for pre-existing conditions,” a Biden campaign official told BuzzFeed News. “That’s a fight that’s good for Democrats. It carried them to the House majority in 2018 and it is motivating voters in communities all over the country. It will further motivate voters to turn out for Joe Biden and Kamala Harris.”

Typically presidential administrations defend federal laws in court, but the Trump administration sided with the Republican governors in the Obamacare case. In June, the White House filed a brief arguing the entire 900-page Affordable Care Act should be tossed out.

Trump has for years promised to release an Obamacare replacement plan that would provide better coverage to more people for less cost. He has never released a plan.

A range of outcomes are on the table. The court justices could send the suit back to a lower court, which has already happened once at the federal level. If a new justice is not appointed by November 10 the case could result in a 4-4 tie. But historically in high-profile cases where a tie is a possibility, the justices have held off on a decision and reschedule another round of arguments once the new justice has been confirmed, Stephen Vladeck, a professor at the University of Texas School of Law and Supreme Court litigator, told BuzzFeed News. That would significantly delay an Obamacare ruling, potentially well into 2021. A conservative-majority court could also uphold the ACA’s constitutionality.

Repealing Obamacare would remove the ban on denying or jacking up prices for health insurance to people with pre-existing health conditions. It would repeal the Medicaid expansion, which provides health insurance to millions of low-income Americans. Other provisions that would be eliminated include letting children stay on their parents’ insurance plans until the age of 26, caps on out-of-pocket cost sharings, a ban on annual or lifetime limits on what an insurance plan can pay out, and a list of benefits that all regulated plans must cover. This would also take place during a global health pandemic.

A lire aussi
This Is The Last Ever Trump Debate. He Wouldn’t Exist Without Them.

Republicans have insisted that these provisions would not go away because Congress would step in to pass a new law. Democrats have mostly dismissed this as a fantasy. “They controlled every branch of government for two years and they couldn’t do anything on health care. Why on earth would we be able to restore the full protections in the Affordable Care Act with a divided government,” Sen. Chris Murphy told BuzzFeed News.

In the current Congress, the parties are pursuing totally opposite health care visions. Democrats want to expand the Obamacare markets to bring in more people, which could in turn drive down prices. Republicans want to allow healthy people to move to cheaper — but skimpier — unregulated plans, which weakens the Obamacare markets.

The red state lawsuit rests on a novel and widely derided two-part argument that Congress unintentionally made the ACA unconstitutional when it repealed the individual mandate — the penalty that people had to pay if they did not purchase health insurance — in 2017. The first part of the argument is that the mandate rested on Congress’s taxation powers so removing the tax made it unconstitutional. The second part is that if that one section of the ACA is unconstitutional then the entire law, containing hundreds of pages of unrelated policy, needs to be thrown out.

Paul McLeod is a politics reporter for BuzzFeed News and is based in Washington, DC. 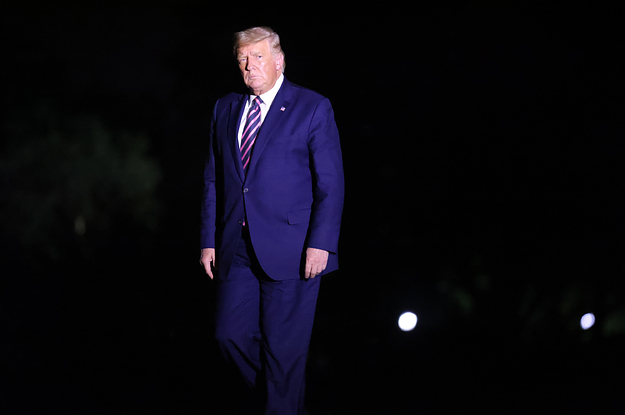